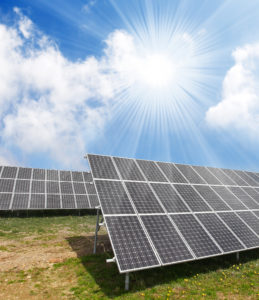 As one of the most popular renewable resources on the market today, it’s no mystery why solar can be used anywhere.

According to International Energy Agency, solar is expected to act as a leading power source of electricity in 2050 by contributing up to 16% of the world’s electricity consumption.

In the meantime, it’s at about 1% of global electricity production. This statistic comes with the expectation that new technologies will soon arrive on the market that will increase Photovoltaic (PV) solar panel efficiency. And, as with wind, it can be a unreliable and intermittent source until we learn how to store solar energy.

Everything has an impact on the environment and some more than others. Solar’s energy impact extends from its harvesting all the way through its production, transportation, and waste. Look at just some of the major ways coal effects the environment and a community.

Solar energy is harvested using solar panels that have solar cells underneath a thick layer of silicone. These panels can be mounted onto rooftops or in-ground mounted solar farms. The cells convert sunlight into electricity by either concentrating the beam of UV light through a Photovoltaic (PV) solar cell. Concentrated solar power (CSP) plants use solar thermal energy to generate steam that is converted into electricity by a turbine. The negative effect of a CSP is the radial heat released from the solar panels. This can be harmful to birds as well as impacting soil temperatures and vegetation due to unusually high temperatures.

Contrary to popular belief, solar energy is not completely green. Depending on whether PV or CSP is being used, solar production emits an average of 22-46 g/kWh.  Fossil fuels average greenhouse gas emissions at 650 grams per kilowatt-hour (g/kWh). In addition, the silicon needed for solar cells is mined and exposes the miners to a very dangerous occupational hazard, a lung disease called silicosis.

The amount of cadmium used in thin-film PV modules is relatively small (5–10 g/m²). By recycling and incorporating emission control techniques, cadmium emissions from module production can be almost zero.