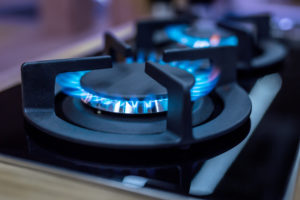 Natural Gas is a fossil fuel made up primarily of methane. Natural gas is formed in much the same way as petroleum.

Producing oil wells produce natural gas and water from the same reservoir. Natural gas is produced at the well and flows through pipelines to a processing plant where it is separated into methane, propane, butane and other residual gases. 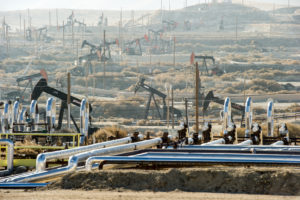 Fracking allows us to access oil and natural gas that was previously unavailable due to the geology of the rock.  Fracking increases the porosity and permeability of the rock so the hydrocarbons can flow out of the formation.  Fracking is done after the wells have been drilled and is a well completion technique to increase production. While 99.5% of materials used in fracking are sand and water, the other .05% are chemicals. Most major oil companies disclose what they use to an organization called FracFocus.org [link to FracFocus.org] where individuals can go to see what has been used in each well. Many companies will claim that the exact formulas are “trade secrets” and are not required to list the exact amount of each chemical. However, this information is easily available from companies if there is an accident or emergency. It makes it more difficult for scientists to gauge any potential threat posed by the chemicals. There has also been increased seismic activity, mainly in Oklahoma, from waste water injection sites, not from fracking activity. Oklahoma researchers have been studying the phenomenon and with new rules and practice changes, they continue to decline. Most of the water being injected is water produced when a well also produces oil and natural gas.  Some water used in fracking may be disposed of this way, but most of the water used is recycled and used again in additional fracking operations.

New natural gas power plants are 50-60% cleaner in their carbon dioxide emissions than a typical new coal plant. Once methane is burned, its waste product is cleaner than other fossil fuels, but it must all be burnt. It turns to nitrogen oxide which is a precursor to smog but isn’t as much as the emissions of coal and gasoline. Unburnt methane can cause significant damage long term.

Transportation of LNG takes high energy to get it where it needs to go. Since Liquid Natural Gas is pressurized, it must be refrigerated during transportation. The largest issues surrounding storage of natural gas involves Liquified Natural Gas (LNG) which often requires refrigeration. The extra energy to store this form in large quantities makes it rank high on the high-impact energy category.