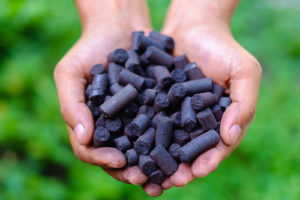 Coal is a common fossil fuel that ignited the Industrial Revolution and now ignites heat in our homes.

Anthracite is a term for coal. Due to this long process, it is a limited resource.

Iron and Steel Manufacture: 71% of steel manufacture is made with coal

Clean Coal: Better for the environment with 80% less smoke and 40% less CO2 when burnt.

Everything has an impact on the environment and some more than others. Coal’s impact extends from mining all the way through its production, transportation, and waste storage. Look at just some of the major ways coal effects the environment and a community. 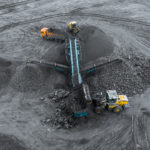 The biggest affect coal mining has on the environment is mostly due to practices such as Mountaintop Removal Mining which heavily leads to Acid Mine Drainage (AMD), flooding, and vast deforestation. Secondary effects are air pollution, coal dust, and chronic respiratory and heart disease.

Coal-fired power plants are responsible to one-third of America’s carbon dioxide (CO2) emissions. Consistent production of coal leads to long-term methane release, thermal pollution, chronic toxicity, poisoning of water tables and rivers, and the release of mercury and heavy metals into the atmosphere. Other products made from coal also contribute to these numbers.  Total cement production currently represents about 5% of global carbon dioxide emissions, to go with the almost 7% from iron and steel production.

Coal transportation is one of the main contributors to the pollution of coal dust. Coal dust releases Particulate Matter (PM) which includes tiny particles of fly ash and dust. It is highly dangerous to humans, wildlife, and the atmosphere.

Arsenic, mercury, chromium, and cadmium are just some of the highly toxic chemicals that leak from unlined, unmonitored landfills and surface impoundments and into drinking water reserves. In the US alone, more than 75 percent of solid waste and coal sludge from power plants are stored in unlined and unmonitored landfills.